Through the first half of the 1900s, air quality in Los Angeles deteriorated at an alarming rate, with thick smog that blanketed the city and caused health problems for the residents. Many believed that the factories and oil refineries near the city were the source of the smog, but mitigation measures to reduce emissions from these industries did not result in a reduction in smog in the area.

In 1947, the Los Angeles County Air Pollution Control District was established, and Dr. Beckman was asked to help lead a science committee of the LA Chamber of Commerce to inform the Chamber about the potential causes of smog. Dr. Beckman began by organizing research studies to characterize the chemical composition of smog as a first step to understanding the sources of the pollution.

Dr. Beckman enlisted the help of Caltech scientist Arie Haagen-Smit, who specialized in the measurement of odors given off by foods and plants by separating the chemical components of air samples. His research techniques and equipment were perfectly suited to also studying the chemical composition of samples of smog, and Haagen-Smit provided the key analyses the led to the discovery of the true sources of the LA smog.

The results of these research studies showed that the cause of smog was largely due to un-combusted hydro-carbons combined with oxygen radicals in the atmosphere, and the major sources of these hydro-carbons were car exhaust fumes and residues from the "burn pots" that were used extensively across Southern California to dispose of trash and keep orchards warm in the winter months. In response to these findings, car manufacturers began installing catalytic converters as standard equipment in cars, and the practice of burning trash and debris in orchards and neighborhoods was banned. The combination of these two actions reduced the smog within the Los Angeles basin. These studies and recommendations also informed new air quality regulations from the Federal US Environmental Protection Agency. The brochure produced by the LA Chamber of Commerce announcing the results of these research studies is below: 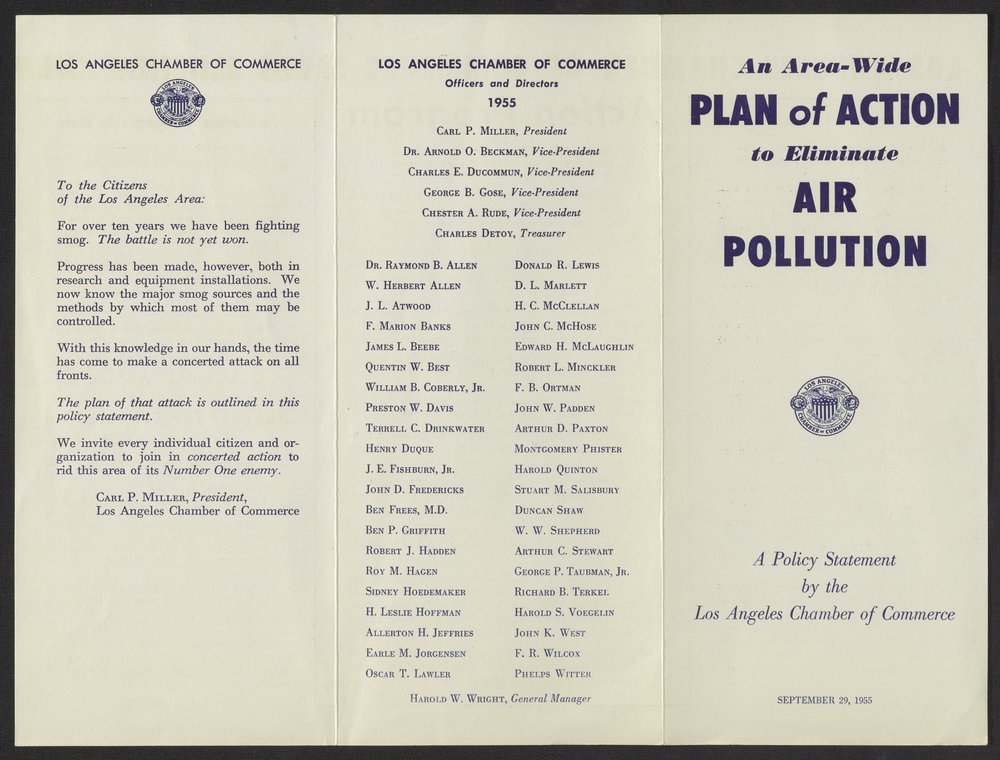 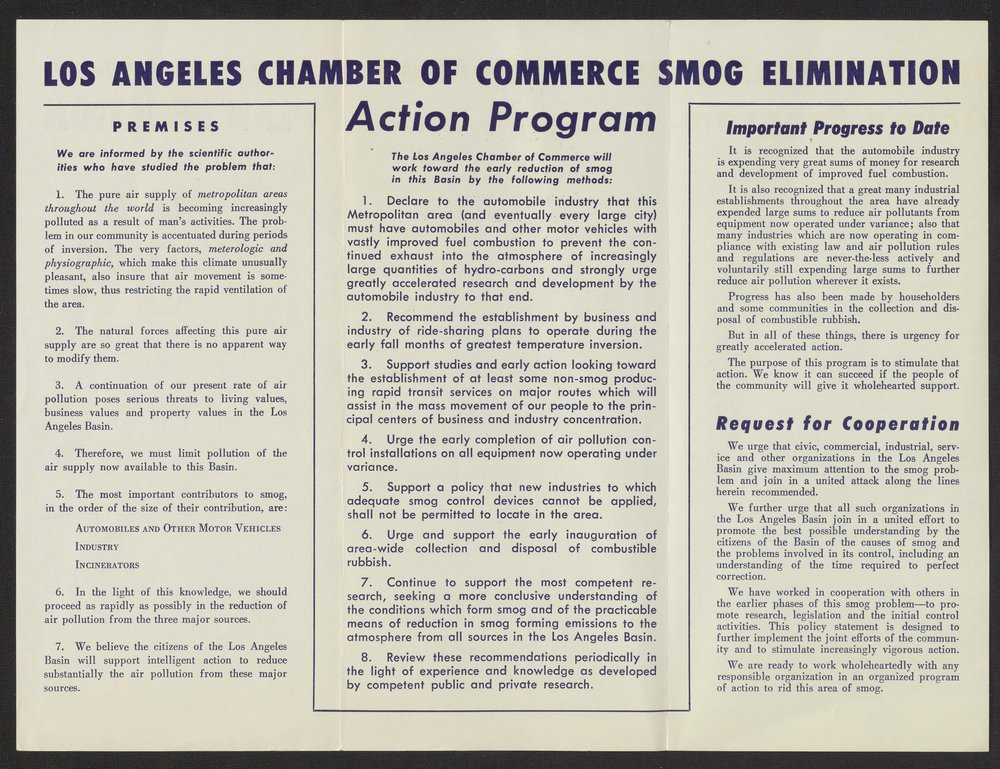 Continuing the efforts to control smog in cities, Beckman Instruments produced a vehicle emissions analyzer that could rapidly determine if the catalytic converter was working properly and the vehicle emission met the new EPA standards. These instruments and their modern counterparts are still used in routine smog checks of all vehicles to help keep the skies clear.